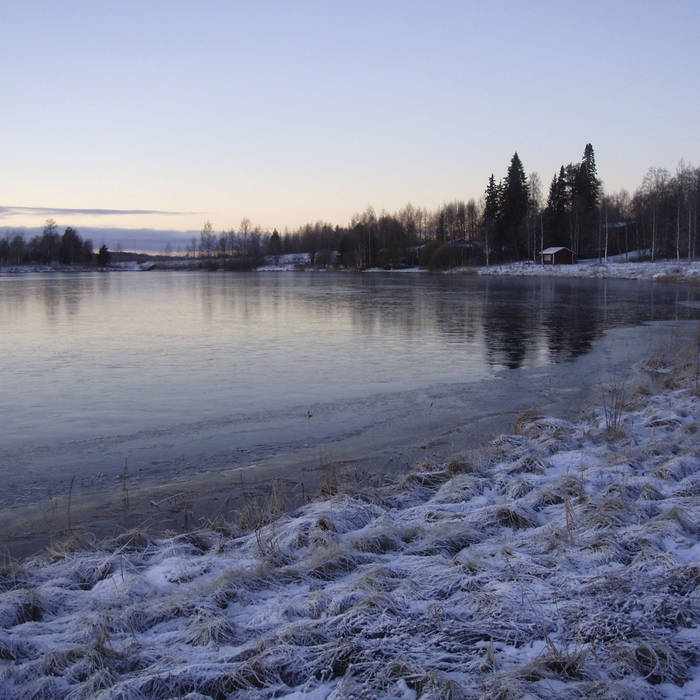 Another unmissable album of crackly, homespun electronica from Helsinki's Hannu, once again released via the Kesh imprint.

Hintergarten twinkles into life with the sound of worn-out, lo-fi glockenspiel recordings rubbing up against strings and muffled bass samples. In fact, opening track 'Pop' serves as an excellent refresher course in what makes Hannu's music so distinctive and alluring: the sweetest of melodies seem to collide in a manner that isn't quite fully in tune or in time, sounding all the more lovable for their rundown, loose-fitting weariness.

The album's sound palette is garnished with overspills of vinyl noise, cassette hiss and the various other side-effects of using battered old recordings for source material. On 'Theme For Grant' you might hear some parallels with something like Four Tet's 'She Moves She', carving mismatching string instruments into sparkling spliced together riffs set against a backdrop of shuffling beats - Hannu's music does sound as if it was made a good century or so before Kieren Hebden was even born though.

For all the other records it might bring to mind (the music of Colleen and certain members of the Fonal camp offering particularly strong parallels) Hintergarten is unique for the continuous state of winter it plunges the listener into; from the album artwork to the frosted charms of tracks like 'Kimallus' and 'Unenvieja', Hannu evokes a veritable musical Narnia.

www.boomkat.com gave it "Album Of The Week". CD has now sold out!

Thanks for supporting KESH! You are shopping direct with the label and should receive your order about 5 to 7 days (UK/EU) after paying or 5 to 12 days w/w shipping.