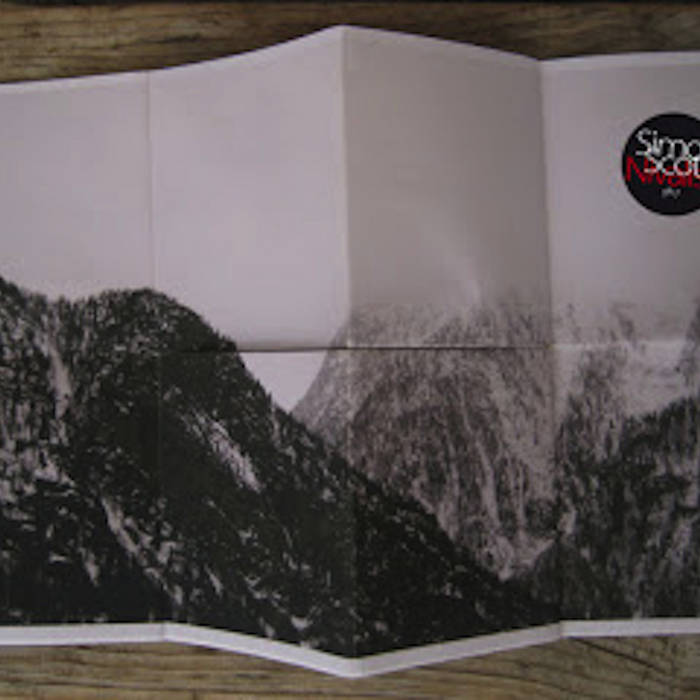 A new EP by Simon Scott, who is the ex Slowdive drummer, based in Cambridge UK. 'Nivalis' (Latin for snowfall) is a stunning 16-minute single-track piece, burned on a 3″ mini CDr by Secret Furry Hole. This is the second release by Scott after his critically acclaimed Navigare (Miasmah, 2009).
As interesting as it is, the EP was also written during a heavy snowfall late last December in Cambridge. Nivalis is Scott’s “tribute to the winter, the snow and the beauty of how the seasons change here in England“. Swells of strings are drowned in low-fi field recordings of Scott removing ice and snow from his doorstep, repetitive hypnotic patterns of organic soundscapes, and the distant, barely audible, subtle vocals. I mean, if you have to go out and shovel some snow, you might as well have Nivalis on, as a soundtrack. If not, go out and stare at the reflection of the moon, and slowly drift between the spaces. This is all there is – between the now and always – the isness.
The EP is available directly from the label, but hurry – it is limited to only 200 copies! Be sure to also pick up other goodies from the label.